I give you, Victorian Christmas card number one. Frog and Beetle dancing on beach with a dragonfly playing tamborine.

If you can get past a frog and a giant beetle dancing together, much less that they would make a tambourine small enough for a dragonfly to play, I still say the beach scene makes no sense at Christmastime. 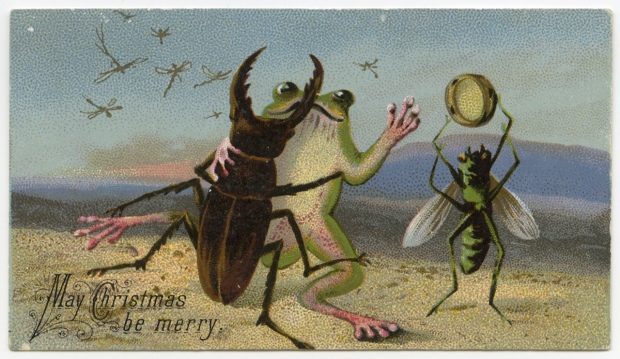