A day at the beach

While many of our friends were posting pictures from their beach vacations on the Mediterranean, we were on the Texas Gulf Coast where we were subjected to warnings about avoiding the beaches because they contained flesh-eating bacteria, sea lice, alligators, sharks, and snakes in the sand dunes. I wish I was making this up, but I’m not.

And just in case you don’t believe me and think, “But why would people even live in that area if there were alligators, snakes, sharks, lice and flesh-eating bacteria?” here’s one of the articles that was in the local paper: 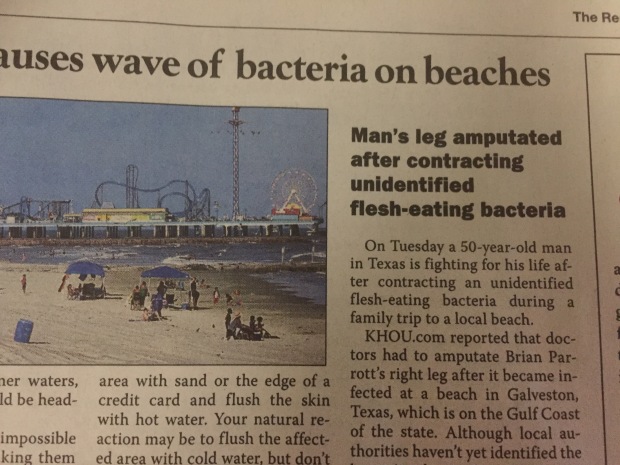