I’m actually on vacation for a few weeks, so this is a scheduled post, as are any appearing the next few weeks. To keep up the blog and entertain while I’m offline, I present “Hamburgers of Stockholm.”

We’ve had a burger revolution here in Stockholm over the past 5 years and I think it’s going quite well. When I first moved here, hamburgers were sad, wilted abominations not worth moving my jaws for. But after the mighty burger uprising, where Stockholmers protested and said, “No more boring hamburgers!” while marching in the streets spraying mustard and ketchup along their path, we finally received the first of what would become many QUALITY, TASTY burgers!

Sure, they all cost the equivalent of $10 or more, but it’s still cheaper than a plane ticket to Texas. 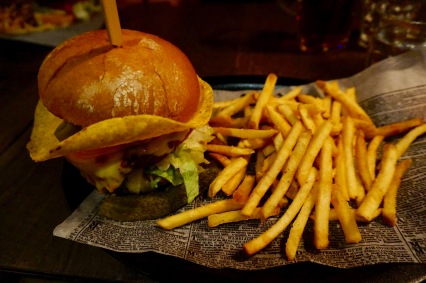