It is only this year that I learned what “Boxing day” means. Most Americans have heard this term and I guarantee that the majority of us just picture a boxing match or taking out frustration on relatives after being cooped up in a house with them over the holidays.

So for those who, like me, have never understood why the UK has a day to beat the crap out of people after Christmas, I will give you the information I learned this month from Reader’s Digest:

“… it’s actually a celebration of charitable giving…… The name comes from the ritual of opening ‘the box’ – the alms box – in the local parish church and distributing the contents to the poor.”

That’s nice, but there are still a few people out there who could use a good knock-out. 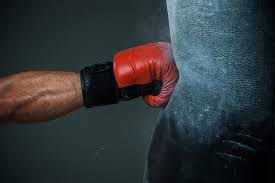 Life NOT better for Brits in the 80s

I’m not talking about Margret Thatcher or the Falklands War.

I’m talking about THIS horrible show, watched by British children in the 1980s.

A moment of silence please, for the victims of “Fingermouse.”

This is definately a crisis for young Swedes.  I’m glad this paper was brave enough to bring up this important issue.

Bow before me, I am your Viking overlord!

I like to look up my genealogy lines in my free time.  I often have a lot of luck with one side of the family who was French.  Apparently the French kept some excellent records.

So the other day, I was exploring those lines when I suddenly was able to keep going back in time.  Eventually I got to some barons and dukes in the family.  That was exciting.  Then I got to some English Kings starting around 1000s.  I had no idea I could go back that far.  Wow!  An English King.  That’s pretty cool.  Oh, but wait… it keeps going.  Suddenly the names were becoming just one word – Frithugar, Brand, Baeldaeg, and then finally at some guy named Wodin.  When I clicked for his information, I found that he also goes by the name of Odin.  That’s right – THE ODIN – God of War.
YEAH!  That should get me a job in this country, right?  I AM DESCENDED FROM YOUR OVERLORD AND MASTER!  HIRE ME TO DO YOUR COMPUTER WORK!

And now for the boring facts which I looked up later because when you find you’re descended from Odin, you might have a few questions…..

It turns out that Odin might have been a real person.  There are many documents saying that he was born around 200-300 A.D.  Many listing 215 AD as a date of birth.  It seems that he might have been a real person with a lot of great mythical stories around him.  It also turns out that many of the English Kings (at that time they were separated by counties – Kings of Wessex, Kings of Kent, etc) would trace their line back to figures like this.  No one knows if the lines really follow that (if Odin was real, then there’s a slight chance) or if the kings just wanted to secure their power by claiming to be related to Gods.  In any case, this is what the records now read when you look them up.

You go back far enough and we’re all related to each other of course.  I’m pretty sure you have a Thor, Odin, Zeus or Apollo in your family as well. 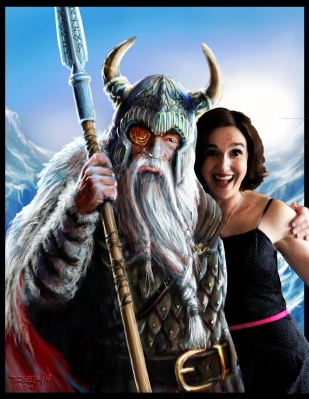