A passion for chainsaws

These job ads get more specific every day. Today’s copywriting ad states that they would prefer an applicant who is really into chainsaws.

If I come dressed as this guy, do you think I’ll get the job? 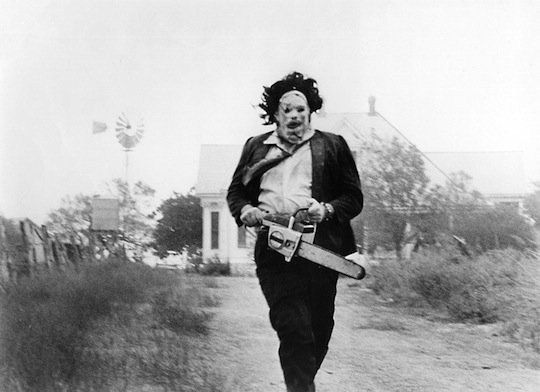 I control you now, Sweden!

This week, I speak for the entire country of Sweden.

For seven days, he or she recommends things to do and places to see, sharing diverse opinions, and ideas along the way.

And today begins the Rule of Heather!  Where will I lead this glorious country this week?  Will I declare mandatory vacations for all in the winter?  Will I demand BlueBell ice cream be imported immediately?  Who knows???!!

So come check me out this week on Twitter during my takeover of this winter wonderland.  @sweden

That is the word I had to translate the other day (I work part-time translating documents from Swedish to English).

As you see, it can have vastly different meanings.  I suppose I was supposed to see which one fit in the sentence, though none of them really did.

There are wizard instructions?

There are topping instructions?

There are swell instructions?

I guess the last one makes the most sense – if I’m dealing with a document from a kid writing in the 1950s.

Sometimes Swedish can be hard.

I wrote a little collection of essays about being a Texan living in Sweden.  It’s great! Don’t believe me, here are the reviews:

“Made me laugh out loud” – Stranger

“Do you need money? Cause I can buy a few if you need some money.”  -DAD

Two years ago, I got one of those 5 year journals where you have about 5 lines to write on the same page each year to compare what you did the years before.  Sometimes it’s interesting to see that it snowed last April, but this year you’re in shorts.

I was looking at last year’s entry for today.  “Nothing on Netflix. Ate cookie.”

I wonder if this will be an important historic document in years to come.  Netflix won’t be around 50 years from now.  Maybe I’ll seem disgusting for eating a cookie.  Maybe this accurately captures day-to-day life in the 2010’s.

Well, it COULD be important.

I expect him to win the Pulitzer

My 6 yr old son discovered fill-in-the-blank stories this morning.  He has really worked hard on the description in this story.  It’s as though he’s thought long and hard about life and chooses to express his innermost feelings in this story.  This is what we were treated to over breakfast:

My classmate from the Super Secret Spy Academy and I were walking on POOP Hill loking for our archenemy SONIC. Suddenly we heard a POOP noise. We were expecting to see an ELEPHANT but it was our archenemy in a flying POOP machine. “SONIC!” I shouted. ………. It was POOP so we kept POOPING down. We jumped to the next house and POOPED the POOP so we didn’t fall off……..

I remember in high school, I had a writing class where we got the lesson – “describe how to make a peanut butter sandwich.”

Most people probably got a form of this lesson in their schools as well.  You write out how to make a sandwich and then the teacher proceeds to make the sandwich according to the instructions.

You get the idea.

At the time, I assumed this exercise was meant to help us with our writing skills.  In my older age, I see that the real purpose was to prepare us for our parenting skills.

Yesterday, I set out clothes for my son to change into after his bath.  It turns out that I only put out one sock instead of two.  My angry son, then put both feet in the sock and started to hop around the house, falling down after every other hop.  He was getting angry.  I told him to put that sock on one foot instead.  He got even angrier and said, “You only gave me one so I have to do this!  And I’m not walking around with one sock on and one sock off!  That doesn’t make any sense!”

And then he proceeded to hop away.

At least the writing teacher let us off the hook after 5 minutes.  A 6-year old will keep bringing that up all week. 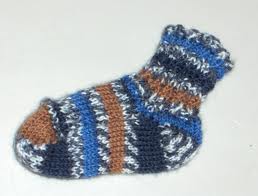